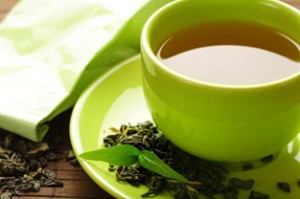 While some people are willing to go the distance and spend thousands of dollars every year to improve their cognitive function, some of us prefer going the natural way without the financial havoc. If this sounds like you, then be happy to know that your journey to better memory can start right now. In fact, the substance that has recently shocked scientists for its ability to instantly improve memory may already be sitting in your cupboard. Found your green tea yet? This wonder-plant has long been used for all its benefits, including reducing anxiety levels, weight loss, hindering the growth of cancer cells and even help reduce symptoms of Alzheimer’s disease.

Despite all the great advantages that come when consuming green tea, a new evolutionary study shows that green tea can almost immediately boost memory. The study was conducted by Stefan Borgwardt, MD, PhD, from the Department of Psychiatry, University of Basel, Switzerland. The experiment involved participants who were asked to drink a beverage. What the participants didn’t know was that half of them were given a drink containing 27.5 g of green tea extract while the other half were told to drink a whey protein drink designed to taste like green tea. Afterwards, all the participants’ brains were examined under a fMRI (functional magnetic resonance imaging) machine and were also told to complete memory tests.

The results showed that participants who drank the drink with green tea extract did significantly better on the memory tests and their brains had a different activation pattern between the frontal and parietal lobe. The investigators suggest that this is “the first evidence for the putative beneficial effect of green tea on cognitive functioning, in particular, on working memory processing at the neural system level by suggesting changes in short-term plasticity of parieto-frontal brain connections…”

In simpler terms, consuming green tea allows our brains to process and retain information more effectively, which leads to better memory recall. So next time you’re frustrated about memory problems, just take the small and inexpensive step of drinking 1-2 cups of green tea everyday. Who knows, maybe it’ll even stop you from drinking so much Coke! However, for those of us who need faster and more prominent results in the long-term, then taking a nootropic stack such as our editors’ top choice wouldn’t be such a bad idea either.