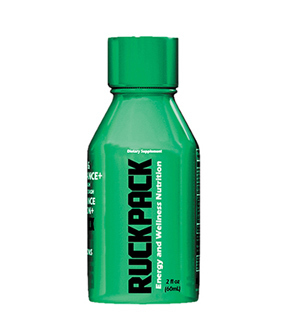 RuckPack: Your Companion for Instant Energy

In the modern era, where everybody is trying to get ahead in the race to the top, whether it is in education or business, a product that provides the brain just the fuel it needs to operate at maximum capacity is no less than a blessing. This has led to the popularity of nootropics or memory supplements amongst students and professionals alike. Nootropics not only help in boosting cognitive functioning that encompasses memory, reasoning and attention capabilities in the human beings, but also promote agility through effective mind-muscle communication.

Noots! Nutrition, LLC, has created one such nootropic, combining an energy shot and nutritional supplement, using the highest quality ingredients –RuckPack Energy Shot. The manufacturer claims that RuckPack provides long lasting stamina, energy and focus, making this product a preferred choice for athletes and sportspersons, while RuckPack reviews have confirmed these claims.

The Amazing Story of the Creation of RuckPack

On the battle ground, military personnel need boosts of energy to continue. What makes RuckPack special is the fact that when the American Special Forces, on the ground in Afghanistan, needed something to help them gain energy for battle, they used natural ingredients to formulate an energy drink to keep their stamina and endurance levels up. The brain behind this product was Marine Corps Major Robert Dyer, who in 2008 developed the product when he was posted in one of the most dangerous places in Afghanistan, the Helmand River Valley.

The formula worked well for the military men. Seeing the immediate effects of this safe product on human energy levels, the product was released to the public as an energy drink.

Made from 100% natural ingredients, caffeine-free RuckPack has proven to be extremely safe and effective for both men and women, following multiple clinical studies conducted by experts.

If you desire to stay alert, focused and energized for any and every battle you might face in your life, RuckPack can be a great choice. However, make sure you learn more about the memory supplement from unbiased sites like Smart Pill Guide to make an informed decision.